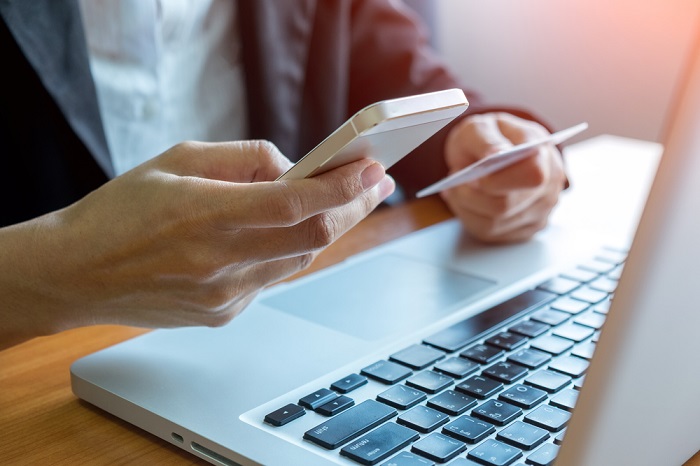 Eurostat statistics reveal that Finland, the Netherlands and Denmark are the three most active European countries in terms of online banking: 89% of their citizens use online banking. The least enthusiastic online banking users are found in Bulgaria and Romania, where only 7% use such services.

In Finland, online banking is on the increase among the elderly, too. According to Finance Finland’s (FFI) 2017 survey ’Saving, borrowing and paying in Finland’, more than 80% of users aged 65–74 years usually pay their invoices through their online bank. Even among the 75–79-year-olds, nearly 60% use online banking. The figure has been growing consistently throughout the observation period, which began in 2007.

”On a European scale, Finnish senior citizens are in the vanguard of online banking. The actual figures are now probably even higher,” says Kristiina Siikala, head of development at FFI.

The results of the 2017 study were similar for Finns as a whole. Of all respondents, 90% said they mainly paid their invoices through online banking services. About half reported using the services on a mobile device either primarily or as a secondary option. 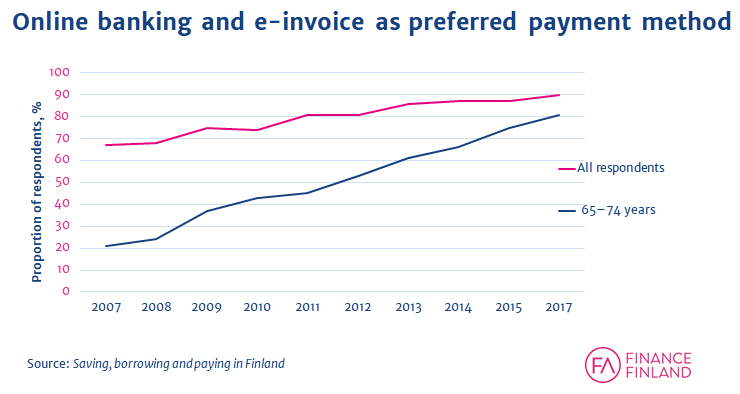